The Seahawks defense is giving up 25.1 points a game, 24th in the NFL, and two safeties are hurt. They desperately hope Quandre Diggs is at least a patch. 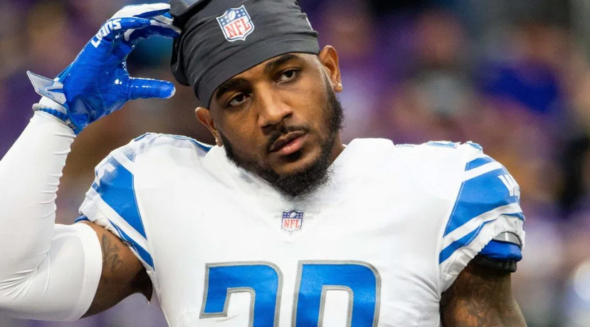 Pete Carroll said he’s had his eye on Quandre Diggs for some time. / usatoday.com

Napping at home in the Detroit suburbs with his three-month-old daughter, Quandre Diggs Tuesday was awakened by the abrupt rudeness of the NFL. The Seattle Seahawks had an emergency in their secondary, and he was chosen to bail them out. Bring buckets, water coming in fast.

“I’m asleep, man, what you mean, it’s an off day,” Diggs said Wednesday, describing his response to his agent’s call informing him of the trade. “I was blindslided.”

So too were Seahawks players, at least a little. The trade deadine is Tuesday, and they had need for a tight end, and maybe even a pass rusher, given that the heavy investment in the activity has yet to pay off.

But the Seahawks problem in the defensive backfield apparently was more urgent, after safeties Bradley McDougald and Lano Hill were injured, and Tedric Thompson made a mistake so bad Sunday that coach Pete Carroll used an unusual descriptor, calling it “distasteful.”

The Legion of Boom was long gone, and the void fairly screamed for the unit once Seattle’s most formidable.

Shaken after a 30-16 defeat to Baltimore that was the was second-biggest home loss in the Carroll era (42-7 vs. the Rams, 2017), and fearing a sleep-walk Sunday in Atlanta against the 1-6 Falcons who still have WR Julio Jones, the Seahawks busted a surprising move.

They traded for Diggs, 26, a fifth-year veteran and a co-captain of the Detroit Lions, who is owed handsome money, to come play right away. The Seahawks made a somewhat similar midseason move two years ago to get LT Duane Brown when the offensive line was near collapse, and this season have a defense that is way too inconsistent for the Seattle tradition.

“It’s a rare opportunity to get an experienced player that can fit a lot of roles,” Carroll said. “It gives us real flexibility and so we had to do everything.  (General manager John Schneider) made a great move to get this done.”

The cost was surprisingly low, a fifth-round pick in the 2020 draft, while the Lions tossed back a seventh in the same draft. That means the Seahawks, who already have a second fifth-rounder from the trade of Nick Vannett, essentially moved back two rounds to acquire Diggs, although his $2.6 million contract this year goes up to $5.2 million and $5.5 million the next two years, none guaranteed.

Diggs, from the same University of Texas as Earl Thomas, has experience at cornerback and both safety spots, which seems critical given the problems. Regular strong safety McDougald missed the Ravens game with back spasms, two-time starter free safety Hill has an elbow injury, and Thompson may be unreliable.

In Sunday’s first quarter, Thompson kept his eyes too long on QB Lamar Jackson’s rollout, which allowed Rams WR Miles Boykin to get behind him for a 50-yard reception, leading to a field goal.

The injuries forced a rookie, FS Marquise Blair, into his first career start, and in Atlanta could force considerable playing time upon Diggs (5-9, 197 pounds) in his first Seattle game.

“(The Lions) have used him in a number of different ways,” Carroll said. “He’s got a big variety of background. I just think he’s a unique player. He’s one of those guys that I’ve seen for a long time and liked for a long time. We really feel lucky to get him.

“He’s an explosive player. I’ve watched him for years be the kind of guy that throws his body around as well as you can do it. He’s a real hitter and a playmaker.”

The problem is whether he’s up to his 2018 standards, when he was part of 78 tackles and had three interceptions, including a pick-six. Word out of Detroit (2-3-1) was that Diggs’ production was down, in part due to a hamstring strain that he says is now healed.

“It’s tough,” he said. “We played six, I missed basically two (with the injury). You don’t start every year off with a pick-six, that’s one in a million. I wouldn’t try to compare my productivity.

“I made a lot of big-time tackles, saved a couple of touchdowns. Those things don’t show up in a stat sheet. (The Lions) will spin it how they want. I’ll take the high road and be the best person I can be.”

Whatever that person is, the Seahawks are apt to find out quickly. Midseason trades in the NFL are becoming a little more frequent, but most teams still shy away because in football, it takes so long to integrate players into a system. Carroll is especially fussy about his defensive backs.

But there is little choice. The Seahawks are giving up 25.1 points a game (including three defensive touchdowns), which ranks 24th in the NFL, and are 16th in yards allowed (357 per game, 134 back of No. 1 New England). The poor numbers are not all on the secondary — both starting cornerbacks, Shaquill Griffin and Tre Flowers, are having solid seasons — but the Seahawks wouldn’t be dealing in October if an emergency wasn’t upon them.

Asked what he needs to accomplish Sunday to feel comfortable, Diggs said, “I don’t know, man, that’s a good question. I just want to fit in with the guys first of all, and I want to earn the respect of my teammates.”

Here’s a suggested goal for quick integration: Don’t be in position to see the back of Jones’ jersey. You will be deemed distasteful.