Thiel: Seahawks’ Hutchinson is a Hall of Famer

His exit from Seattle was unclean, but LG Steve Hutchinson will be welcome in the Pro Football Hall of Fame, where the Seahawks 1st-round pick in 2001 will be enshrined. 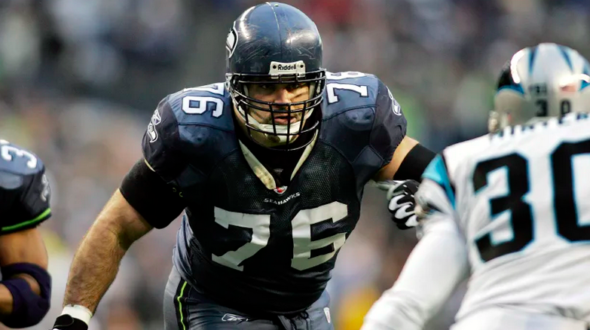 Steve Hutchinson was one who got away. / Seahawks.com

In the pantheon of Seahawks personnel screw-ups, none looms larger than the accidental loss of OG Steve Hutchinson to the Minnesota Vikings after Seattle made its first Super Bowl appearance following a 13-win regular season in 2005.

The episode was like cat-sitting Grandma’s beloved favorite, Snugsabunch, and leaving the front door open a crack. Never to be seen again.

Fortunately for Hutchinson, Seattle heartbreak is of no concern to the Pro Football Hall of Fame, which selected him Saturday for induction, along with four other modern-era players.

It will be up to Seattle fans to decide the degree of embrace for The Man With the Asterisk (*took the money and and ran to Minnesota).

Even his Seattle coach, Mike Holmgren, who was furious at the time over the circumstances that let Hutchinson get away, couldn’t quite figure out how to feel about the “poison pill” contract offer that allowed the Vikings to break up the road-grader tandem with Walter Jones.

“Other teams could have done this forever, no one’s ever done it, no one ever did it and no one has done it since,” Holmgren told Sports Radio 950 KJR in 2009. “So what does that mean?”

The Hutchinson departure followed the Seahawks’ 21-10 loss in Super Bowl XL in Deroit to the Pittsburgh Steelers, a game memorable only for the execrable officiating that went against the un-pedigreed club from Seattle. So Seahawks fans really had bloomers in a bunch with the NFL in the middle-aughts.

At least in the Hutchinson fiasco, the NFL changed the contract rules to preclude poison pills from happening again. Barn door, wave to the horse.

Announcement of the enshrinees was made by the hall’s board of selectors during the NFL’s Honors program (8 p.m. Saturday, FOX; delayed). They will be saluted during Super Bowl LIV Sunday in Miami. The official ceremony at the hall in Canton, Ohio, is Aug. 8.

Hutchinson was named to seven Pro Bowls as well as the All Decade team of the 2000s. He’s one of 12 guards in league history to have been named first-team All Pro at least five times. 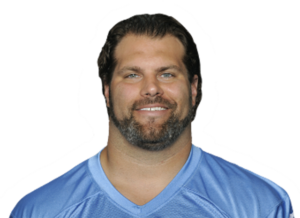 Steve Hutchinso was a five-time All Pro.

Taken in the first round, 17th overall, out of Michigan, Hutchinson was as efficient as he was powerful. He had a 44-game streak in which he had no flags for a penalty that was accepted. In 2006, it seemed imperative that the Seahawks would keep the pair together for a return to the Super Bowl.

But general manager Tim Ruskell, instead of using the franchise tag to keep Hutchinson for one more year, chose the transition tag, which allowed other teams to make offers. Minnesota responded with a seven-year, $49 million package, which included a provision that said the entire contract had to be guaranteed if he were not the highest-paid lineman on the team.

With Jones, who was named to the hall in 2014, four years older and already at the top of the payroll sheet as a highly valued left tackle, there was no way the Seahawks could afford to match. Hutchinson left with no compensation to Seattle.

Holmgren, at the NFL meetings at the time in Indianapolis, was blind-sided. He thought Ruskell was working on a long-term deal, and at worst, would use the franchise tag. When a reporter told him of the transition tag, Holmgren didn’t believe it.

“We all knew Steve was a great player and he was in the middle of a big contract negotiation, obviously, and we were struggling to get that done,” Holmgren told KJR. “I phoned back to the office and they said, yeah we did this, but the organization thought we still had the right of first refusal — any contract they brought to us we could match, which we absolutely intended to do.

“In my opinion, the Vikings didn’t break the rules, but they broke the spirit of the rules in signing him to what we call now a poison pill contract. Even when we found out what the contract was, we were in discussions to match it, or talk to the league about, hey, they can’t do this. At any rate, we lost him and yeah, it made a huge difference . . .  the Vikings, they pulled a little bit of a fast one on us. It was too bad.”

While Hutchinson can’t be faulted for taking the big money, especially for a guard, there was a devious quality to the deal concocted by his agent and the team. But it worked only because Ruskell didn’t understand the rules.

Hutch is the fifth Seahawks draftee to join the hall, including Jones, Cortez Kennedy, Kenny Easley and Kevin Mawae. Now a scout with the Seahawks at 42, the club is fully supportive of him, and Hutchinson, who had six productive years with the Vikings before retiring in 2012, has told reporters he considers himself a Seahawk first.

So what if the exit was unclean? Ken Griffey Jr. did it twice, and he has a statue on First Avenue South.

Would you look at that, @HutchSevenSix.

You are finally where you belong. In the @ProFootballHOF.

I will see you in Canton at the ceremony, but imma need to approve all stories of us! pic.twitter.com/8sCliEIdU8