New reporting by the Wall Street Journal shows the Astros signal-stealing was called “dark arts,” and was more pernicious than the MLB investigation described. 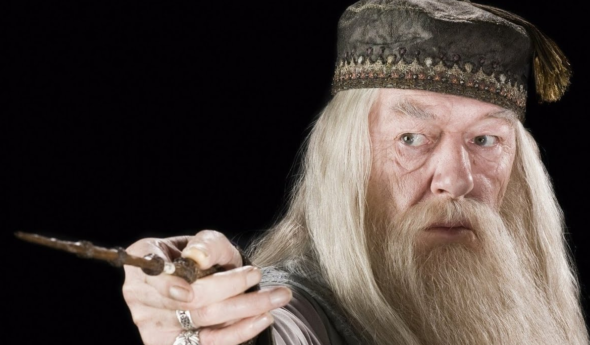 Somehow the Houston Astros sign-stealing scandal has taken a trip down Diagon Alley into the world of Harry Potter.

The phrase from Hogwarts was borrowed by the Astros baseball-operations staff as a label in 2016 to describe an Excel spreadsheet program designed to out-smart the opposition by nefarious means.

That was not previously disclosed in the nine-page summary released last month regarding the investigation into the sign-stealing scandal by the Astros, which continues to stain MLB.

In fact, there were a number of facts previously unknown about how the story evolved until Wall Street Journal reporter Jared Diamond Friday afternoon pulled open the cloak of invisibility that MLB commissioner Rob Manfred apparently tried to keep in place to limit damage.

Diamond reported he saw MLB documents, including a Jan. 2 letter from Manfred to since-fired GM Jeffrey Luhnow, that disclosed Astros director of advance information Tom Koch-Weser claimed that Luhnow was in the know on the operation. Emails from Koch-Weser seen by MLB investigators were sent to Luhnow regarding “Codebreaker,” the name given to the algorithm by its inventor.

Derek Vigoa, at the time a front office intern but now the Astros’ senior manager for team operations, reportedly devised the program for deciphering the signs of the opposing catcher by logging each stolen signal into a spreadsheet, a practice that extended to some road games. From the WSJ story:

Other Astros employees told MLB’s investigators that they believed Luhnow knew about Codebreaker, but they provided no definitive proof. Matt Hogan, now the Astros’ manager of pro scouting analysis, told investigators there was no effort to hide the use of Codebreaker in front of Luhnow when he visited the video room. In fact, he told them, “it would have been something to show we were working and get validation of our work.” Luhnow denied seeing evidence of sign-stealing during those visits.

In October 2018, Luhnow met with Koch-Weser to discuss a potential contract extension. In preparation, Koch-Weser outlined his arguments for an extension in a Slack post that included the term “dark arts.” He wrote, in part: “Lastly, I know the secrets that made us a championship team, some of which he[’]d definitely feel a lot safer if they were kept in-house.” Koch-Weser told MLB investigators that during his meeting with Luhnow, he used either the term “dark arts” or “codebreaking” to tout his efforts. Luhnow denied that Koch-Weser referenced either of those things.

Koch-Weser also used the term “dark arts” in the Astros’ Advanced Scouting Department’s 2019 budget Excel spreadsheet. Luhnow acknowledged that he reviewed the document but denied reading the tab “dark arts” was written in and denied that any discussion of “dark arts” took place during the budget meeting.

The story also said Luhnow received information about Codebreaker in emails, but when asked by MLB investigators, Luhnow claimed he didn’t finish reading the emails.

Previously, Manfred’s original report said the sign-stealing, by using in-house technology for rules-breaking, was “player-driven,” even though no players were punished — they were given immunity in exchange for their cooperation. Also not in the original report was use of the banned technology for some road games, according to WSJ’s reporting.

Those mischaracterizations call into question the veracity of Manfred’s report about the  investigation, which was done completely in-house, and is still underway. The only inkling as to why that happened was that MLB found no evidence that Luhnow knew of the scheme apart from the claims of other Astros employees.

Nevertheless, that conclusion should have been made public, as well as the existence of the cheating on the road. Because the void creates a larger question: What else is being hidden, and why?

The answers to the questions are one or more of the following:

Ignorance, incompetence or intent to deceive.

None of these are a good answer.

Even though baseball now has an office of investigations, its conclusions are interpreted by a commissioner’s office that serves the 30 team owners, not the public. Their priority is the best business interests of the game. As irked as some owners may be regarding cheating (say, the Dodgers, who lost each of the past two World Series to teams suspected to have cheated), the business of the game is best served by minimizing, marginalizing and misrepresenting the consequences of these misdeeds.

But the WSJ story suggests that Manfred may be mishandling it. In the absence of thoroughness or transparency, or both, information threatens to drip throughout the season. Every time the Astros come to a town, or an ex-Astro plays for another team, the scarlet letter hangs above them.

Baseball will receive some cover from the industry’s fans in the media who vote on the game’s awards and tend to tut-tut the scandal by finding false equivalencies in corked bats, scuffed baseballs loaded with Vaseline, and primitive sign-stealing techniques a century old that get sepia-toned into quaintness. This episode is not eccentrism that makes baseball colorful.

We are learning, slowly, that the Astros, from the top of the org chart to the assistant trainers, devised and operated a scheme to defraud the game over parts of three seasons at a scale and a sophistication previously unknown, and in spite of a September 2017 letter from Manfred to cease and desist. The weak defense offered that all teams do some version of the same thing is all the more reason to bring down the hammer harder on the most egregious miscreants.

Given its long history in the American culture, as well as its many scandals, baseball should be the first sport to appoint an ethicist, someone independent of the payroll but imbued with the authority to demand that everyone color inside the lines, or be expelled. In keeping with the Potter theme, let’s call it the Dumbledore Imperative.

Imagine that — an iconic American institution running toward what’s right instead of away from what’s right.

That is neither the skillset nor the mandate of the commissioner’s office. In this particular case, it appears that Manfred has blown his first at-bat, and there’s reason to wonder whether he deserves a second AB, or instead hire a pinch-hitter to run an independent investigation. And if he doesn’t, please explain.

If Manfred still believes his punishments should include no players or other baseball-ops perps, then let’s just permit the Astros to run 85 feet to first base, while everyone else sticks to the old-fashioned 90.