Political leadership responds to pandemic by banning gatherings above 250 people. Sports bears the brunt, but it’s absolutely necessary to avoid disasters like Iran. 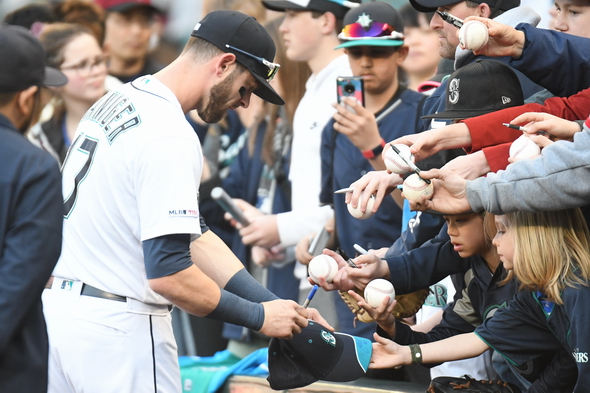 The way we were. / Alan Chitlik, Sportspress Northwest

Despite a smart, coherent, calm presentation Wednesday morning by Gov. Jay Inslee, executives of King, Pierce and Snohomish counties and Seattle Mayor Jenny Durkan that was unique in civic history, my guess is there’s still some skepticism about the drastic measures ordered to mitigate (not contain) COVID-19, the disease produced by novel coronavirus.

Those measures in the Seattle sports world mean the Mariners’ opening series likely won’t be played in Seattle (under consideration are the spring training facility in Peoria, AZ, as well as in Texas and Minnesota).

The XFL Seattle Dragons will play their game Saturday with no fans in attendance at the Clink. Nor will fans be allowed in for the junior hockey games of the Seattle T-Birds in Kent and the Everett Silvertips. The Sounders have postponed their March 21 game, the next one at home.  The Huskies women’s softball games, and all other spring sports, will be played at the University of Washington in front of crowds consisting only of family and recruits.

In Spokane, and in all other cities hosting early rounds of the men’s and women’s NCAA basketball tournaments, the games will go on without fans.

The reason for banning gatherings larger than 250 people in Washington’s three most affected counties was explained succinctly by King County Executive Dow Constantine.

“Temporarily banning social and recreational gatherings that bring people together will help ensure that health crisis does not become a humanitarian disaster by working to preserve the limited capacity of the county’s health care system,” he said. “This is the core critical challenge: To delay the spread of disease to reduce the peak number of people infected, in order not to exceed the capacity of the system.”

To amplify that point beyond the politcians’ presentation, I want to share an astonishing story this week in The Atlantic headlined, “Iran has far more coronavirus cases than it is letting on.”

According to staff writer Graeme Wood, the conservative theocracy that governs the country attempted in February to diminish news of the national spread by claiming that that the U.S. had hyped COVID-19 to suppress voter turnout in the nation’s sham elections of only government-approved candidates. Tehran vowed to punish anyone spreading rumors about a serious epidemic.

Unaware that the outbreak had already begun, 43 percent of Iranians voted. Instead of quick action that could have allowed quarantines to be put in place before the election, Iran greased its own path toward the most catastrophic outbreak in modern history, Wood wrote.

By March 3, 23 out of 290 members of parliament were infected, a rate of about 7.9 percent. The rate of infection of parliamentarians, if applied to Iran’s total population, would come to 6.4 million cases. As of March 8, the government acknowledged only 6,566 cases, the first one reported Feb. 19.

Behind China and South Korea, Iran globally is third in reported cases, just ahead of Italy. The disease has already killed two in the parliament and four others in senior leadership positions, roughly equivalent to U.S. Cabinet members. Iranians reportedly are fleeing the bigger cities for smaller ones, thereby spreading the disease.

Health care professionals are overwhelmed, furious that the government was neither honest nor pro-active. Wrote Wood:

The situation the doctors describe is desperate, with nurses wrapping themselves in tablecloths because they have long since run through their supply of proper gear. They swear that the official numbers are wrong. “Just stay overnight in the hospital to find out what I’m talking about,” one wrote. Or if you want to live, go home, and don’t come out until the plague passes. “(Our) society now needs fear more than hope.”

That is the sort of imminent humanitarian disaster to which Constantine referred, and seeks to prevent by being more ahead than behind.

During the hour-long presser, Inslee offered up a text message from a woman in Italy that conveyed in blunt terms the same message out of Iran.

“Some people continue to believe that this is some kind of minor problem, and that there’s an overreaction to this, that this is just kind of flu again,” he said, then read from the text:

Stop saying, it’s just flu or severe flu. Please come and see our intensive care units in northern Italy. People can’t breathe and we don’t have anywhere to put them. You (fucking) idiots.

Said Inslee: “We have listened to science. We’ve got to look at what’s happening here and we got to act. We are going to have to change our lives in ways that are uncomfortable, if we’re going to succeed as a community.”

Another speaker, Dr. Jeffrey Duchin, Health Officer for Public Health / Seattle & King County, offered the starkest analogy to what the World Health Organization described Wednesday — for the first time since the story made news out of China — as a pandemic.

“This large-scale outbreak will go on for weeks and likely for months,” he said. “We expect this will be a very difficult time. It’s similar to what you might think of as an infectious-disease equivalent of a major earthquake that’s going to shake us for weeks and weeks.”

Added Durkan: “I truly believe that this outbreak may be one of the most transformative and consequential events that we’ve had in this region and in this country.” 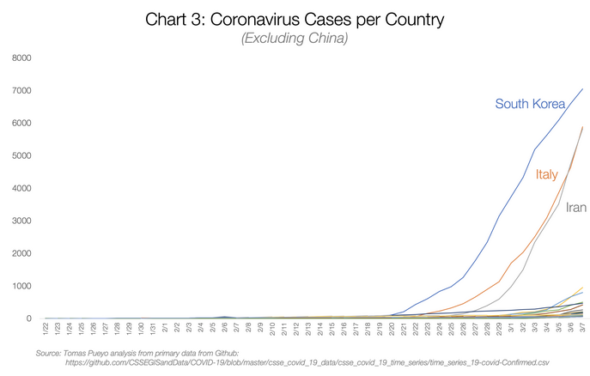 Epidemiologists like to use the term “flattening the curve,” referring to graph marking incident rates over time that is generally a bell curve with flatter tails at the beginning and and end. The avoidance of disaster increases if the curve is flattened. That’s the goal.

A part of the solution is a crowd cap at 250, the theory being that beyond that, chances are small that “social distancing,” keeping six to eight feet of space between people, becomes impossible to achieve.

“What we don’t want is shoulder-to-shoulder at the bar,” Inslee said. A chart at the press conference showed lines on a graph that indicated the rate of incidents that forecasts 25,000 cases in early April if no action were taken.

“That curve unfortunately continues to go up so that it probably continues to double every week or so,” he said.  “By mid-May, we can be looking at over 60,000 people infected, with the consequence of fatalities. This is something we need to act on.

“This is an extremely dangerous event that we are facing. but we are not helpless. We have the ability to seize our own destiny and the safety of our loved ones, by acting to do what is necessary and effective in reducing the rate of the spread.

“There is no magic silver bullet at the moment medically. But there is a very successful effort that we can take to slow the spread of this disease. That’s to reduce the social interactions that are not necessary in our lives. This is an effective tactic. It is at hand. All that is required is the will of active people to follow science, and the confidence that we’re all in this together.”

As unsettling as is the the idea for many fans, sports are not necessary in our lives.

“I had a discussion with (Mariners owner) John Stanton the other day,” Inslee said. “Missing a home opener is a big, big deal to the state of Washington. But I think he and others understand the importance of health. I think we’re going to have acceptance of this.”

Withdrawal from our norms is the only rational choice. There is a legitimate question as to whether the action is in time, and sufficient. What is knowable is that in the area of the nation hit hardest first, Seattle has has responded first.

To do it best, as Inslee said, we have to recognize we’re all in it together. Or we go the way of Iran.