Absent a decision from DE Jadeveon Clowney, Seahawks’ off-season so far has been about maintaining. Improvement has to begin Thursday with the draft. 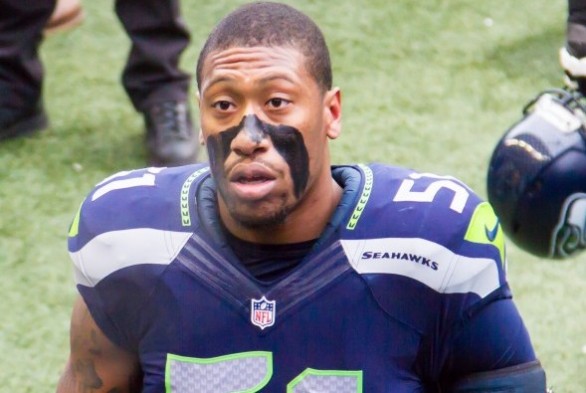 An actual sports event is occurring this week. It must be said, however, that the NFL draft is less an event and more like the epitome of American cultural overdone-ness.

Yet this time around, even the NFL’s sprawling self-importance is humbled and muted by a brutal force of nature.

The coronavirus has forced the NFL to sit quietly at home.

The league does not do nothing well.

Fussing and fidgeting while the entire American sports world is in rapt attention, the NFL bloomers were sufficiently bunched this week that it went to the trouble of issuing written apparel and speech prohibitions to the 58 home-bound players invited to join the stripped-down version of the three-day saga starting Thursday.

Via Pro Football Talk, you can see here that the Catholic-school nuns have nothing on Roger Goodell and his iron squad of behavioral therapists. The only action not proscribed is the draft’s ritual booing that annually follows the commissioner’s  introduction on a stage in front of a live audience.

Absent a rowdy crowd this time, the task apparently will fall at his home to Goodell’s family. We must trust that the years have left them well-rehearsed.

Meanwhile, in Seattle, the Seahawks are plotting their annual trick of turning one fish and one loaf into many of each. They are scheduled to pick 27th in the first round, but the chance they select a player with it is equivalent to flowers and chocolates being sent from Gov. Jay Inslee to the White House.

But before general manager John Schneider and coach Pete Carroll get to trading, picking and cutting, let’s use this Monday morning to review what has been done in free agency that began in March. Since the signings typically are scattershot, below is a one-stop compilation in case your enforced free time has been fully consumed trying to remember what day it is.

For a quick summary this far away from a season of unknown initiation, it appears the Seahawks have added perhaps two starters on defense, CB Quinton Dunbar and DE Bruce Irvin, while losing one starter, DT Quinton Jefferson, with the mysterious DE Jadeveon Clowney unsigned, floating in the ether.

On offense, they appear to have added a starter at right tackle, Brandon Shell, to replace Germain Ifedi, and replaced the line’s “sixth man,” George Fant, with someone similar in Cedric Ogbuehi.

Otherwise, the rest of the new hires seemed destined to be secondary, albeit valuable, figures. Absent a decision by Clowney, the Seahawks so far are treading water. Coming off an 11-5 season and a playoff win, that’s not bad.

And please, no swearing, no politics, no off-brand product sales.

C/G B.J. Finney (two years, $8 million, Steelers): Sleeper signing of the off-season. Finney played well after taken over for suspended Maurkice Pouncey. He’s started at both  guard spots and center, and will be the starter if incumbent C Justin Britt doesn’t make it back from injury, or is cut to save $8.5 million against the cap.

OT Cedric Ogbuehi (one year, $2.3 million, Jaguars): A former first-round pick of the Bengals, Ogbuehi was a reserve tackle in Jacksonville. He’ll probably back up both tackle spots.

OG Chance Warmack  (one year, $1 million, Eagles): A former first-round draft pick from Alabama and a three-year starter for the Titans, Warmack has played just seven snaps since 2017 because of injuries. If healthy at 29, he could challenge veteran incumbent LG Mike Iupati.

WR Phillip Dorsett (one year, $1 million, Patriots): Never quite lived up to expectations for the Pats and QB Tom Brady, Dorsett fits in as No. 3 receiver behind Tyler Lockett and DK Metcalf.

TE Greg Olsen (one year, $7 million, Panthers): A 14-year veteran and three-time All-Pro, Olsen, 35, is not what he was, but will be a good complement if starting TE Will Dissly returns to full health.

DE Benson Mayowa (one year, $4 million,  $3M guaranteed, Raiders): A member of the Seahawks Super Bowl champs, Mayowa had a career-high seven sacks last season and will be part of the answer if DE Jadeveon Clowney doesn’t return. But Mayowa had only 15 tackles overall in 15 starts.

DT Jarran Reed (two years, $23 million, $14 million guaranteed): Coming off a mediocre season that included a six-game suspension, Reed is hoping for a bounce-back season equivalent to 2018, when he had 10.5 sacks alongside DE Frank Clark, who often called for double-teams. Reed had 2.5 sacks in 12 games, including playoffs, and seemed ordinary as a run defender.

LG Mike Iupati (one year):  Something of a surprise re-signing because of  his age (32) and injury history (he missed both playoff games). But he did start 15 regular-season games after playing just 11 combined the previous two years. Carroll loves O-line continuity.

TE Luke Willson (one year): Apparently the default team mascot, Willson was re-signed almost as much for personality as ability. He’ll be depth behind Greg Olsen, Will Dissly and Jacob Hollister.

CB Neiko Thorpe (one year): A two-time special-teams captain, Thorpe, 29, doesn’t figure much in the regular defense, but is a popular locker-room figure that runs the ST show.

CB Quinton Dunbar from Washington for 2020 fifth-round draft pick: He is likely the Seahawks’ best veteran acquisition of the off-season.  A 6-2, 202-pounder likened to Richard Sherman, he’s in the final of a five-year deal at $3.25 million. He figures to supplant Tre Flowers as the starter opposite Shaquill Griffin. He had a hamstring injury that limited him to 11 games in 2019. With Quandre Diggs at free safety and Bradley McDougald as strong safety, this is potentially as settled as the secondary has been since the Legion of Boom.

RT Germain Ifedi (one year, $1.1 million, Bears): The Bears indicated Ifedi would move inside to guard, which is smart, since it’s harder to lead the league in penalties (as he did in 2017) from the inside. The market figured to be better for him, since he was at least a durable four-year starter. But the film shows he’s a below-average pass blocker, which is why the Seahawks declined his fifth-year option.

LT/TE George Fant (three years, $30 million, Jets): Fant wanted to start, but the Seahawks have Duane Brown, so it wasn’t a surprise he left. But the deal from the Jets was surprising. The Seahawks and Jets basically swapped tackles. The Seahawks will miss his help as a tight end in the jumbo package.

DT Al Woods (one year, Jacksonville): Before getting suspended at the end of the year for PEDs, Woods, 32, was a good run stuffer in his second stint with the Seahawks (2011).

DT Quinton Jefferson (two years, Buffalo): Probably the most consistent pass rusher for Seattle last season, he will be missed, with 3.5 sacks, plus two in the wild-card game in Philly. Broke his foot in the playoff loss at Green Bay.

OL Jordan Simmons has been re-signed. WR Malik Turner had his offer rescinded but still could re-sign. Others who can be re-signed, but would become unrestricted free agents if they do not, include OL Jordan Roos, TE Tyrone Swoopes, DT Bryan Mone, DBs Jeremy Boykins and Ryan Neal, LB Emmanuel Ellerbee.