Seahawks add a free-agent offensive lineman, Chance Warmack, another refugee from the cursed draft of 2013. Still no news on the fate of DE Jadeveon Clowney. 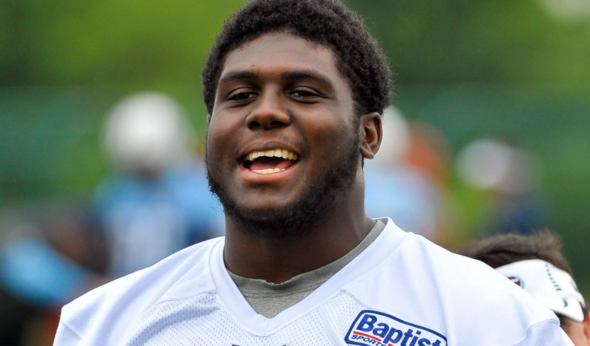 OG Chance Warmack is the seventh player from the draft class of 2013 to join the Seahawks./ USA Today

Something about the 2013 draft, generally regarded one of the worst in NFL history, continues to intrigue the Seahawks. Like miners late to the 1898 Klondike gold rush, they sift through the tailings in search of the overlooked nugget.

According to Pro Football Talk, general manager John Schneider pulled another hopeful out of the gravel and mud Sunday, signing free agent guard Chance Warmack, the 10th pick in 2013’s first round from Alabama.

Terms weren’t disclosed yet, but it’s likely a one-year deal for the veteran minimum, since injuries limited him to seven snaps in 2019 in Philadelphia, where he played two seasons after his first four years in Tennessee.

He also fits the apparent age requirement for this year’s O-line signees B.J. Finney, Brandon Shell and Cedric Ogbuehi, all 28.

Drifting into the second round finds QB Geno Smith and RB Christine Michael.

Only Fluker remains under contract. That year, the Seahawks traded their first-round pick (25th) to Minnesota in the ill-fated Percy Harvin deal. The Vikings used it on CB Xavier Rhodes, who was an All-Pro selection in 2017 but was released last week and is a free agent.

It may be only a matter of time before Rhodes gets his Class of  ’13’s graduation requirement of a season in Seattle.

Regarding Warmack, if healthy, he will get a shot at left guard, a spot that was occupied by Mike Iupati, 33, a free agent that the Seahawks aren’t likely to ask back. It’s also likely the Seahawks won’t re-sign RT Germain Ifedi, meaning at least a 40 percent turnover in the starting unit, possibly 60 percent if the Seahawks decide they can’t afford C Justin Britt’s $8.5 million salary.

The Seahawks’ largest off-season story, the fate of DE Jadeveon Clowney, remains unresolved. There were media reports that the Seahawks have offered Clowney deals of $13.5 million up to $18 million for a season, but nothing better so far from another team.

The Seahawks were also reported to have interest in another pass rusher, four-time Pro Bowl selection DE Everson Griffen, released last week by the Vikings. A former star at USC under coach Pete Carroll, Griffen is 32 but played 78 percent of the Vikings’ snaps last season.