A redshirt senior and starting safety, Bryce Beekman was found dead in his apartment by police responding to a report of “breathing problems.” No details yet about cause. 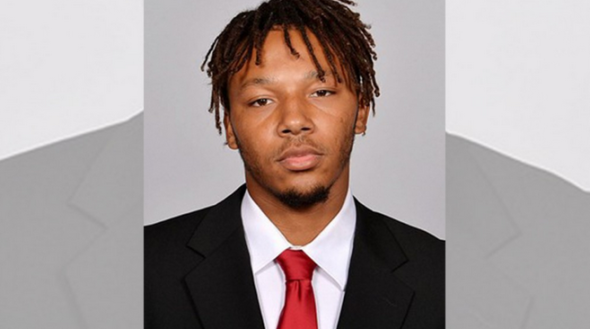 A redshirt senior, Beekman, 22, of Baton Rouge, LA, started all 13 WSU games at safety in 2019 after transferring from Arizona Western College in Yuma.

“We are in shock with the news of Bryce’s passing,” director of athletics Pat Chun said in a statement released by the school. “Bryce was a tremendous young man, great teammate and will be missed by all. We send our deepest condolences and prayers to the Beekman family and his many friends.”

Head coach Nick Rolovich, hired Jan. 13 to replace Mike Leach, said, “My relationship with Bryce was still in its early stages, but I knew him to be a wonderful young man. He was always positive and well respected amongst his teammates. My heart goes out to his family and friends.”

Man.. lost for words. Heaven has gained an angel. One of the purest souls I have ever met. There was never a day my man Beek wasn’t smiling. Rest In Piece. We love you endlessly.. ❤️#Forever26 https://t.co/UHYsPQDyDw

Circumstances of the death were unavailable, although Pullman Police Commander Jake Opgenorth told media outlets, “As of right now there are no obvious signs of foul play.”

As with the rest of football and all college sports, the Cougars were in shutdown mode due to the coronavirus outbreak. WSU’s original schedule call for spring drills to begin Friday.  Rolovich told reporters Tuesday on a conference call that the majority of his team had not returned to campus from spring break.

Bryce attended and wore a white T-shirt, printed with a photo of the brothers and the words “Brothers Keeper.”

KLEW reporter Armen Araradian reported that Pullman police responded to a call at 5:44 PM Tuesday night to an apartment on NE Harvey Road. The call was listed as “breathing problems.” Police confirmed with KLEW that call was in response to Beekman.

Louisiana on Tuesday received a federal disaster declaration from President Trump after an abrupt, exponential increase in confirmed COVID-19 cases. No public health official has yet responded with information about Beekman’s condition. He had died before first responders arrived.

Bryce Beekman, 6-2 and 190 pounds, had 60 tackles, fifth on the team last season, and figured to be a starter again when play resumes.

The tragedy marks the second death in 26 months for the Cougars program. QB Tyler Hilinski died by suicide in an apartment near the Pullman campus.