Thiel: No holding him back — Ifedi goes to Bears

As expected, Germain Ifedi left the Seahawks in free agency, but received only a one-year deal from the Bears. Appropriately, they have left his long-term future on hold. 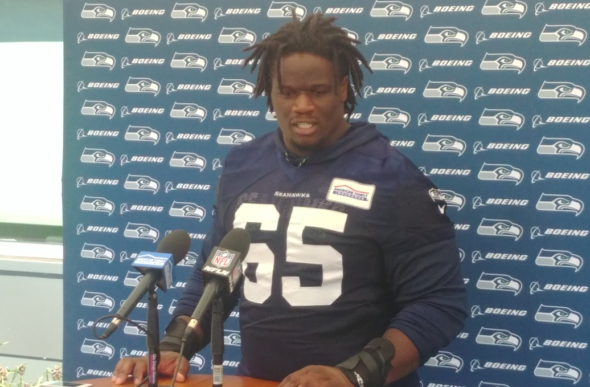 The player Seahawks fans loved to lament, RT Germain Ifedi, left for the Chicago Bears on a one-year deal Tuesday, according to NFL.com. The 31st pick in the 2016 draft was as durable as he was frustrating, for his propensity to hold, and to start falsely.

Once the Seahawks last summer decided against picking up his fifth-year option for 2020, it was nearly a foregone conclusion, barring a breakthrough, that Ifedi would enter free agency.

The surprise was that Ifedi cadged only a single year out of the marketplace. Speculation was that teams desperate for offensive linemen likely would have to gamble big in cash and years to get a guy who never missed a regular-season game (all 60) for a good team, along with QB Russell Wilson.

No amount has been reported. NFL.com speculated that the Bears may shift him to guard, where longtime stalwart Kyle Long retired.

Ifedi last season tied for third in the NFL in penalties with 13 — eight false starts and five holds. Bad, but not as bad as 2017, when he led the NFL in flags with 20.

But Ifedi didn’t lead the team in pre-snap criminality. That dishonor goes to DE Jadeveon Clowney, with nine.

Overall in penalties, the Seahawks were tied for fourth with 126 penalties, eight behind leader Tampa.

The Seahawks signaled their intent to move on early in free agency, when they hired two tackles, Brandon Shell of the Jets and Cedric Ogbuehi of the Jags.

Shell signed a two-year, $11 million deal, which makes him the leader to replace Ifedi. Ogbuehi may be destined to swing between the tackle positions as the Seahawks try to fill in for George Fant, who scored the kind of deal Ifedi may have expected — three years, $30 million with $13.7 million guaranteed, from the Jets.

As reported by Bob Condotta of the Seattle Times, the Seahawks now have just two players under contract from the 2016 draft, second-rounder DT Jarran Reed, signed last week to a two-year, $23 million deal, and sixth-rounder C Joey Hunt, a restricted free agent who received an offer from the Seahawks. Here’s the original scouting report by ESPN.

If the Seahawks don’t make progress in 2020, you know which draft to flag for holding back the team.