Thiel: So NHL sneaks off to Canada, eh? Smart

Once the “wartime president” turned his back on the virus fight, NHL took its playoffs to hub cities in Canada. Would have gone further north, but the Arctic is melting. 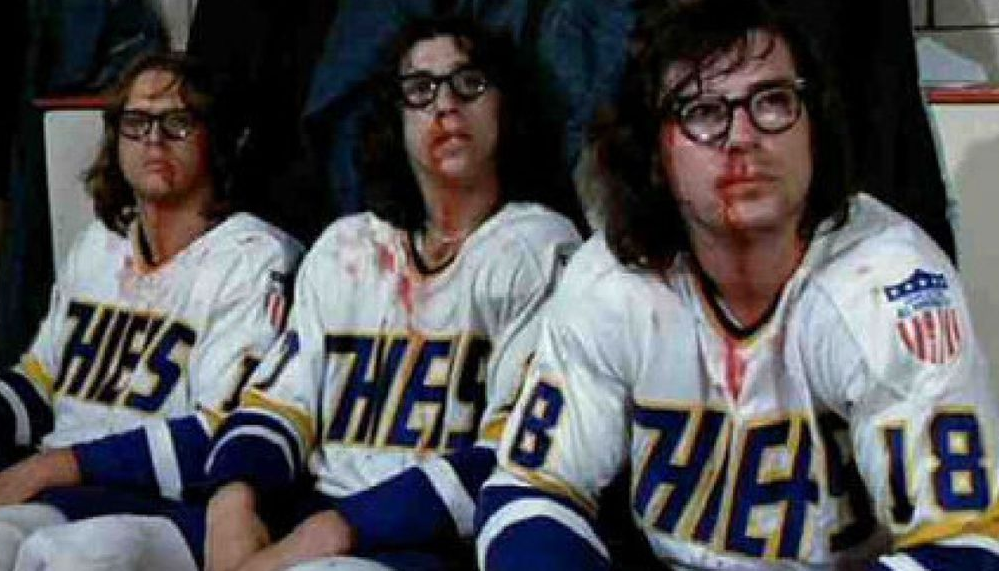 The real-life hockey descendants of the Hanson brothers might be the smartest guys in sports.

My favorite descriptor of our neighbors to the north is that Canada is the law office above a good party bar.

Well, the party seems over, for a good long while, anyway.

“Knock-knock, Canada. It’s us, America. Some trouble down here. We, um, need a place to crash. Got a couch? Yes, yes, we’re wearing masks. Mostly. Some.”

I’m not sure those are the exact words the NHL used, but somehow, a bunch of Hanson-brothers types will be let in Canada soon to play some hockey. While many things can change, it looks as if the NHL has the best shot of all the major sports to return to play.

Why? The pucksters won’t play a single game of their tournament in the U.S.

Surveying the record-setting stupidity by Americans in attempting to curb the spread of the coronavirus — I’m tempted to say it reminds me of the Mariners’ 2019 season after the 13-2 start, but the U.S. never came close to 13-2 — we may have fallen to the level of the Duchy of Grand Fenwick in the League of Nations standings.

The fabled land drew attention in the 1959 satire, The Mouse That Roared, in which Peter Sellers, as Prime Minster Count Rupert Mountjoy, explained why a tiny principality declaring war on the U.S. was a good idea:

So I assume the 2020 version has America realizing Mountjoy was right, and has attacked itself, knowing there is no more profitable undertaking.

The only reason the league didn’t select hub cities farther away from America was that Yellowknife, Inuvik and Tuktoyatuk in the Northwest Territories are a little shy on supplies of hotel rooms and Kokanee.

“I don’t know what greater indictment you need of the United States’ response to the virus than the NHL picking up its puck and retreating to Canada,”  Zach Binney, an epidemiologist at Oxford College of Emory University, told the Washington Post. “That was a smart decision. That was a very smart decision.”

Public records Friday reported Toronto had 14,777 confirmed cases an 1,107 deaths since the beginning of the pandemic. Edmonton reported 1,202 cases and 19 deaths.

Central Florida is where the MLS and NBA have chosen to play their bubble tournaments. The NBA hasn’t started play yet, but MLS has. Or most of it has. The 26-team tourney is down two teams already, Dallas and Nashville having bailed because of too many positive tests among the traveling personnel.

Additionally, Orlando in July is where swelter goes to die.

In their 0-0 tourney-opening draw with San Jose Friday, the defending champion Seattle Sounders looked as if they played in a car wash. It was over 80 degrees at the 9 p.m. kickoff, with 90 percent humidity. The Sounders’ next match is Tuesday at 6 a.m. PT (repeat, 6 a.m. PT) as they try to beat Chicago, the midday heat and the virus.

Another Florida obstacle: Gov. Ron DeSantis (R-Clorox). A Trump acolyte, DeSantis may be more underwater than SpongeBob SquarePants, only not as smart. He is desperate to open schools fully in September, despite the fact that his state is the hottest covid-19 spot anywhere in the world.

He’s the sort of funster who would tell MLS and NBA to open the gates to fans, because, as he said Friday, “If you can do Home Depot, if you can do Walmart, if you can do these things, we absolutely can (open) the schools.”

But much as we declare the NHL smarter than DeSantis (a very low bar), let us not ascribe to its leadership genius status. The league almost succumbed to the siren call of ignorance. In its pursuit of hub cities, the league was believed to have strongly considered Las Vegas, Los Angeles, Dallas and Chicago.

But once it was clear that that Trump, the self-identified “wartime president” who turned his back on the virus fight, was going to make things worse instead of better, the NHL literally headed north while America figuratively headed south.

The NHL also appears to be the most aggressive among the leagues who have agreed to testing plans.

Once in the hub city, each member of each club’s personnel daily will undergo  temperature checks and symptom screening. The league also will test people who might have indirect contact with teams — such as hotel workers — each day.

A player testing positive must self-isolate; the asymptomatic ones can’t return for 10 days unless negative test is produced. A player with symptoms is out for a minimum 10 days, then must have no symptoms for 72 hours before returning.

The best chance for NHL success rests with the ability of testers to catch the germy U.S. residents before they reach Edmonton and Toronto and infect the north.

The law office must put its foot down. The party-hearty Yanks cannot be trusted to self-discipline — at least until the Canadians get the wall built by having America pay for it, then they don’t have to care.