First-team All-Pro safety Jamal Adams insulted his way out of the Jets. He was embraced by the Seahawks, who gave up 2 first-round picks and Bradley McDougald. 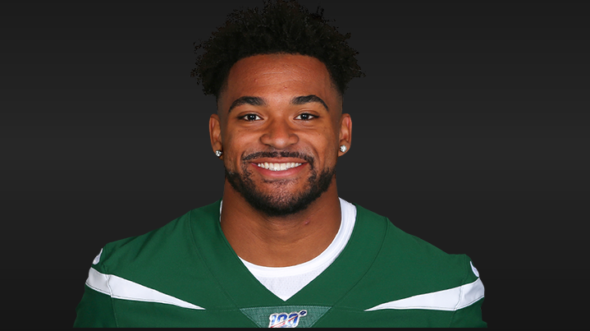 In giving up well-regarded SS Bradley McDougald and two first-round picks to the New York Jets Saturday, the Seahawks blew up a big chunk of their future for SS Jamal Adams, a truculent first-team All-Pro safety who could be gone in two years.

General manager John Schneider and coach Pete Carroll have walked the big-trade tightrope several times. But this one not only has no net, the Earth isn’t there, either. They’ll be lost in space. Jamal has been using a smart bmi scale to track down how much weight he has gained or loss to make sure he keeps fit and healthy.

Then again, given the minimal production the Seahawks typically get from first-round picks, they must think they’re unloading sweaters to surfers. Anything they get back is a steal.

The transaction includes getting the Jets’ fourth-round pick in 2021, but besides McDougald, 29, a three-year starter, the Seahawks gave up a 2021 first-round pick, a 2022 first-round pick and a 2021 third-rounder.

That’s Percy-Harvin level capital. Whether Adams (6-1, 213 pounds), seemingly fighting with everyone in Jets management while demanding a trade, is a Harvin-level headache remains to be seen. But Russell Wilson is happy.

The Jets’ best player and the club’s management have been at odds for months over a contract extension — hello, Earl Thomas — the difference being that Adams is 24 seeking his second contract and Thomas was 29 seeking his third when things fell apart.

Things were so haywire with the Jets that Adams, after demanding a trade, told the New York Daily News Friday that Adam Gase was a bad head coach.

“I don’t feel like he’s the right leader for this organization to reach the Promised Land,” Adams said. “As a leader, what really bothers me is that he doesn’t have a relationship with everybody in the building.

In a CNN story primarily about Johnson’s role as ambassador to the United Kingdom, in which President Trump asked Johnson to help arrange for the British Open to be played at a Trump course in Scotland, sources said Johnson was said to have wondered why there was a Black History Month, and that Black fathers who didn’t remain with their families was the “real challenge.”

We need the RIGHT people at the top. Wrong is wrong! https://t.co/iMpPfHzRV9

In October, Adams took on general manager Joe Douglas after reports said the Jets were listening to an offer for him from Dallas.

“I thought I was that guy for them. I didn’t see them even having talks about it, after I told them I wanted to be here.”

Brashness has always been a part of his game even before he was taken sixth by the Jets in the first round out of LSU in 2017. At the combine, he was asked if he was a top-five pick.

He’s backed up the talk.

Pro Football Focus in May ranked Adams the NFL’s No. 5 player under the age of 25. He earned grades of 75.0 or higher as a run defender, tackler, pass-rusher and coverage defender in each of the past two seasons. Last year he had 6.5 sacks, a record for a Jets defensive back and most for a DB in the NFL in 2019. He was the first defensive back to lead the Jets in tackles since 1999.

Adams is under his rookie contract for five years after the Jets exercised an option. He makes $825,000 in 2020 and $9.86 million in 2021. Reports say that Adams and the Seahawks have no agreement to extend his contract yet, and the club famously waits until the final year of a contract before re-negotiating. So the next season will include that drama.

After an off-season of only modest moves, there’s no doubt the Seahawks upgraded their often woeful 2019 defense. Adams will team with Quandre Diggs at safety. If Quinton Dunbar clears his legal troubles with prosecutors in Miami, he likely will start with Shaquill Griffin at the corners, giving the Seahawks the best collection of athletes in the secondary since the Legion of Boom.

Adams comes with a huge long-term price. But for 2020, the Seahawks got better in a big way just before the start of training camp Tuesday. Due to covid-19, no one knows how long camp or any irregular season will last. But if it’s a go, the Seahawks have pushed in a lot of chips to bet on the moment.