Thiel: Jamal Adams is the next Troy Polamalu

Pete Carroll had Hall of Fame inductee Troy Polamalu at USC, and now has Jamal Adams with the Seahawks. He says they “see things and feel things” before plays happen. 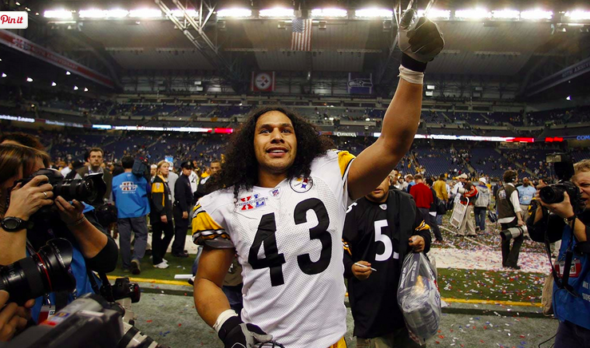 For Seahawks fans still lamenting the treasure surrendered to the New York Jets for Jamal Adams — the two first-rounders for a safety even has NFL general managers feeling bile in the back of their throats — here’s a question for you:

What if Adams were Troy Polamalu in his prime?

About now in the world that we used to know, the gloriously coiffed warrior for the Pittsburgh Steelers would have been prepping for his induction into the Pro Football Hall of Fame in Canton. But the ceremony was scrapped in favor of keeping him and everyone else healthy.

Which changes nothing about the fact that anyone who saw him play from 2003 to 2014 would ask whether there was an honor higher than the Hall for Polamalu.

Including his college coach.

“When I watched Troy play, there would be times when he controlled the game,” said Seahawks coach Pete Carroll. “He could make plays that weren’t even within anywhere near the realm of the concept that we were playing.

“He could see things and feel things.”

Carroll is not anointing Adams yet as the next Polamalu, an eight-time Pro Bowl choice and a four-time All-Pro. But after three seasons, Adams has two Pro Bowls and was first-team All-Pro in 2019.

“I’m not gonna say, oh, he’s better than Troy,” Carroll said. “I don’t know that. I just know that they both have a tremendous knack.”

Carroll may be cautious. I don’t have to be.

Adams is the next Polamalu.

Carroll convinced me after a lengthy presentation following my Zoom question.

“Forget the stature part of it; the way they look,” he said of the 5-10, 200-pound Polamalu and the 6-1, 213-pound Adams. “Troy was really an unusual body for the kind of athlete and player that he was. It’s the nature that they play with that’s similar.

“They play with such an amazing confidence. They go get things, and with their savvy that makes them so extraordinarily different than other players, they can see things before they happen.”

It’s sounds as if Carroll wants to give Adams a lot of latitude in how he is deployed, which makes sense since he had 6.5 sacks last year, three more than the top Seattle total in 2019. Polamalu had 12 sacks in his career.

“The last thing you want to do with these guys is is make them feel like they can’t have that kind of freedom,” he said. “As soon as you go there, you limit the magnificence of  these young guys.

“In our conversations so far, we’re talking about how he’s really disciplined, which I’m really excited about. He’s really cares about the techniques, the principles and the concepts. It’s to get him so that he can be freed up and he can play with great confidence and help other guys.”

From their USC days together (2001-03), Carroll recalled a ferocity about Polamalu.

“There was nobody . . .” he said. “There were times with Troy (in practice) he would go so far, be so aggressive (that) he created problems. I mean, we had to cancel practices a couple times when he got pissed off.”

He recalled a fight between Polamalu and RB Justin Fargas, who had a seven-year NFL career: ‘They’re going at it . . .  it was just interesting.”

Adams doesn’t come to Seattle with any sort of Mike Tyson reputation, although on his way out of New York he verbally scorched the general manager and coach. That has nothing to do with how he plays.

“I don’t know that Jamal has that dynamic about him — we’ll find out,” Carroll said.  “I’d love to see it. Well, we’ll control it.”

After last season’s feckless defense, even with DE Jadeveon Clowney, brought minimal menace to the weekly proceedings — yes, 16 recovered fumbles, second in the league, is nice, but much of that is about falling down right — seeing a guy like Adams stir the pot with a ruthless demeanor would be amusing.

As would sensing opponents’ plays before they happen. Polamalu was great, but Seattle has the Kenny Easley/Kam Chancellor legacy.