Seattle’s best sports show is a Storm in Florida

A national telecast at noon Saturday on ABC will showcase the two best teams in the WNBA bubble, the Seattle Storm (11-2) and the Las Vegas Aces (9-3). 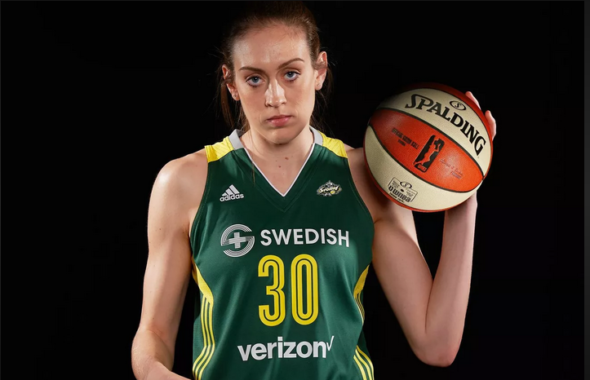 Breanna Stewart is back to her dominant self. / Seattle Storm

The best-kept sports secret in town is the Seattle Storm — partly because they haven’t been kept in Seattle.

The WNBA has surrounded the Storm and the rest of its teams in Bradenton, FL., with a bubble that has kept them from COVID-19 so far in a shortened 22-game regular season.

The best look inside the bubble comes at noon Saturday when ABC showcases in a national telecast the game between the top two teams, the 11-2 Storm and the 9-3 Las Vegas Aces, coached by NBA legend Bill Laimbeer.

The Storm ended its eight-game winning streak Thursday with a 90-84 loss to Indiana, but it barely dampened the prospects for a fourth WNBA championship, after titles in 2004, 2010 and 2018. The Storm’s only other loss was July 30 to the defending champion Washington Mystics.

Seattle’s 2020 success in the awkwardness of a bubble far from home was brought about by the return to health of the Storm’s two stars, Breanna Stewart and Sue Bird.

“We’ve got Sue and Stewie back and that’s huge for us,” guard Sami Whitcomb said this week via Zoom conference. “They’re our leaders that are the focal point of our offense.

“We’re adjusting back to that 2018 (title) season, and those roles and everyone finding their groove and their flow together.”

What makes the Storm perhaps better than 2018 is he quality of the supporting cast. In addition to Whitcomb, center Alysha Clark, longtime forward Natasha Howard, guards Jewell Loyd and Jordin Canada are capable of dominating stretches in any game. Loyd had 35 points in a recent game against Indiana.

“The one thing that jumps out at me is it seems like we have a lot more depth,’’ Storm coach Gary Kloppenburg said. “We have a bench coming in, some of them have been starters in the league. I don’t think we had that in 2018. We don’t drop off. We can really sustain our intensity offensively and defensively.’’

Added Loyd: “Our bench is very mature. We’re lucky we have a solid core group to get it going. I guess we’re hard to stop. We’re in a good rhythm. We’re shooting the ball well.’’

Stewart, Bird, Whitcomb and Loyd are all averaging 10-plus points per game (18.5 for Stewart), with Clark just below that mark. Their league-leading three-point shooting is led by Bird’s 54.8 percent while Whitcomb, who played for the University of Washington Huskies, drained a shot recently from almost half-court.

“This is a weird environment. So, to be able to (play well) here, I just feel really proud of this group,’’ Bird said. “Not every team had a really good training camp. So you have to learn in these games.”

Bird, the oldest player in the WNBA (40 in October), missed five games due to a knee injury, but came back and played well. The knee kept her out of Thursday’s loss.

“It shows our depth. It shows we have a lot of people who can come in and make an impact,’’ Stewart said. “Even if we’re down with injuries or foul trouble, the next person steps up. Our entire bench has been great.”

Despite the loss to Indiana on Thursday, Kloppenburg, in his first year as the Storm’s full-time head coach, is thrilled.

“We’re on a good roll. But you never want to relax.”