Thiel: What Carroll seeks to learn from Belichick

Somehow, the Patriots confined their COVID-19 episode to one player. But it was QB Cam Newton. Seahawks coach Pete Carroll wants to know how that happened. 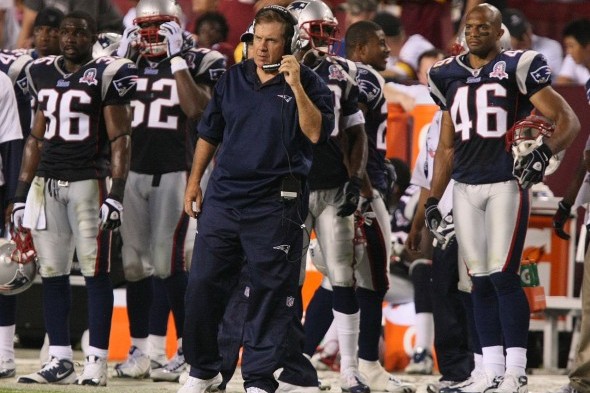 Another perverse little milestone was passed in our cultural stagger toward whatever COVID-19 has in store for us when Pete Carroll messaged Bill Belichick Monday to congratulate him.

Not about football, exactly. Or even his Subway TV commercial, where a smile was detected. He saluted the New England coach’s hygiene stewardship.

It’s the new coin of the NFL realm. At least it is after four teams had their schedules disrupted by the virus and sent the NFL into a bit of a panic.

“Hats off to him,” said the Seahawks coach via Zoom Monday. “We all need to learn. Hopefully he’ll, you know, call back and want to talk about it.”

I hope Carroll won’t stay up waiting. Tombstone Face has never checked the box next to, “plays well with others.”

What drew Carroll’s admiration was the ability of the Patriots to thwart a potential breakout by confining an infection to a single player.

But it was the most important player, QB Cam Newton.

The single positive test nevertheless was enough to force New England’s game at Kansas City from Sunday afternoon to Monday night. With Newton at home in isolation in Boston, the Pats traveled on the day of the game. Backup QBs Brian Hoyer and Jarrett Stidham did little against the defending champion Chiefs and lost, 26-10.

But at least Belichick was awarded something like a participation ribbon from Carroll.

“I wanted a chance to visit (on) how they got that done,” he said.  The QB “is right in the middle of everything, in the huddles and all that. That’s a remarkable job they did.”

It was far better than the job done by Tennessee Titans, who have had a breakout of 20 players and staffers, including six days in a row of announced infections. It forced postponement of their game with the Pittsburgh Steelers from Sunday to Oct. 25.

Four weeks into the regular season, the NFL is secretly pleased that only two games so far have had to be re-booked. But individual teams are operating in daily low-grade terror that key players may be stricken.

Including THE key player at quarterback.

If Russell Wilson were infected, what little excitement remains in Seattle would dry up like an autumn leaf. Which is part of why Carroll was apprehensive enough to ping Belichick, even though he was responsible for The Game That Cannot Be Unseen.

Wilson’s safety has been a staff priority for months.

“We’ve talked all about it throughout the off-season,” he said. “How do you handle the quarterback position, knowing how vital it is to your team? What if that (QB) room gets hit and everybody gets quarantined? That’s a big consideration, and I haven’t seen anybody — I’ve heard a couple teams to talk about doing some different things and some creative things.”

Carroll emphasized that Wilson is all-in on protection.

“There’s nobody more diligent about wearing his mask than Russell,” Carroll said.  “He’s been great at it. He’s going up and down with his (mask) all the time, in out of the huddle.

“We’re working hard across the board for everybody, because it doesn’t happen to just the quarterback. But I think (the Newton episode) is a remarkable instance for us to see how they did this.”

In the same time  period Carroll was seeking out Belichick and the Titans were being overwhelmed, the NFL office ordered that all 32 teams’ executives and coaches get on a conference call Monday morning in order to reinforce the need for following protocols, updates on testing and contract tracing, and sharing of best practices.

Responding to a question, Carroll acknowledged the Monday conference, saying the league office wanted to “clean it up wherever we can  . . . and share some ideas.” He then filled in his players at a meeting.

“The league is obviously being tough and forthright,” he said. “The only way to do this is, you have to be disciplined and strict. We have to anticipate that everybody that we deal with is potentially carrying the virus, so you have to have the awareness to stay away.”

Not long after Carroll spoke, word came about how tough the league is going to be. A memo from Commissioner Roger Goodell went to all teams saying health-protocol violations could result in more severe punishments, including a new one: forfeiture.

Wrote Goodell: “Protocol violations that result in virus spread requiring adjustments to the schedule or otherwise impacting other teams will result in additional financial and competitive discipline, including the adjustment or loss of draft choices or even the forfeit of a game.”

Amped up were protocols requiring a longer on-boarding process for free-agent tryouts, banning gatherings outside of the club facility, limiting the number of tryouts permitted per week and implementing a league-wide video monitoring system of coaches and players to ensure compliance.

The NFL’s big risk required big resources in the attempt to produce a complete season. But the hammer apparently wasn’t sufficiently large. They worked on that.

It’s a shame the NFL isn’t running the White House.