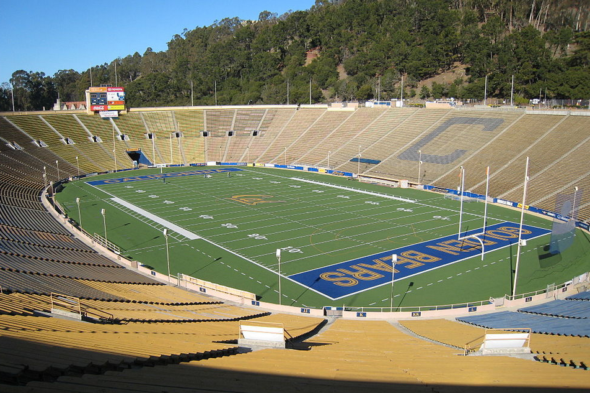 The Pac-12 Conference was first to the hilltop, shouting warnings about Covid-19 and refusing to play. Then it was the last to the party, rejoining the rest of college football after conversion to a new biotech testing solution that promised a safe salvage of part of the season.

This week the conference discovered that there is still no defense against the infernal contagion. Swift, accurate testing didn’t keep the Washington Huskies and Cal Bears from becoming the first in the conference to pay the price.

Their season opener Saturday night in Berkeley was cancelled because of an outbreak detected Wednesday night among Bears players. The game was declared “no contest” by the conference and can’t be made up because there are no byes in the already shortened seven-game season that ends the weekend of Dec. 18.

“The Pac-12 has approved a request from Cal to cancel the Washington at Cal football game scheduled for November 7,” the media company said in a statement.  “This decision was made under the Pac-12’s football game cancellation policy due to Cal not having the minimum number of scholarship players available for the game as a result of a positive football student-athlete COVID-19 case and resulting isolation of additional football student-athletes under contact tracing protocols.

“Under conference policy, the game will be declared a no contest.  The health and safety of our student-athletes and all those connected to Pac-12 football programs will continue to be our number one priority.”

Our students, coaches and staff have put in incredible amount of hard work to get to this point and we are deeply disappointed they won’t have the opportunity to compete Saturday in Berkeley. I’m also disappointed for Husky Nation, they have been so patient and supportive, and we know they couldn’t wait to cheer on our Dawgs this weekend.

With that said, the policies and protocols developed by the Pac-12, local and state officials placed the health and safety of students, coaches and staff at the forefront. We will now turn our attention to next week and start our preparations for Oregon State.

The unidentified Cal player who tested positive for COVID-19 remains asymptomatic, according to the San Jose Mercury News. He was the first member of the football program to test positive since Cal began daily testing at the start of October.

The athletics department said several players are in quarantine, which ended the chance to field a competitive roster.

“It’s a tricky situation as we all know,” he said on a Zoom conference. “We are glad to report that the one positive is asymptomatic and everybody’s healthy. But the result of the contact tracing is significant, We will hopefully learn in the short term where that leads us, but it’s a significant hurdle.”

It was the 45th college game to be cancelled or postponed, according to USA Today. The virus is entering a third wave across the U.S. with a record rate of infections. The state of Washington hit a single-day record Wednesday with 1,469 new cases.

UW’s next game is the home opener at Oregon State at 8 p.m. Nov. 14. Cal expects to play its next game the same day against Arizona State in Tempe. Cal’s first home game this season will be The Big Game, when Stanford visits Memorial Stadium Nov. 27.

Whether the games get played is a hope more than a fact. Jimmy Lake, still looking to coach his first game as Huskies head man almost a year after his appointment, was on a Zoom call this morning thinking the game would be played, which in hindsight sounded naive. But he clearly understood the fragility of the Pac-12’s desperate season.

“Here’s the interesting thing about it,” he said. “We can do everything perfectly, and stay in our bubble, and wear our mask. I drive from here to my house and back to here, and I don’t go out, I don’t go to any restaurants, and our staff doesn’t either, just to make sure we don’t get infected.

“We could do everything perfect, but then all of a sudden, if our opponent has a slip-up, then our game can be canceled, and it won’t be made up. It’s something I can’t control, so there’s not going to be anxiety on my part at all. But it does have a little bit of a helpless feeling knowing we can prepare for a game, and then through no fault of our own, a game could be canceled with no room to make it up.”

Since Commissioner Larry Scott called the Pac-12 a media company, content remains king. Even as the public health situation worsens nationally and locally, entertainment must be pursued. It did the right thing by following its own virus guidelines and cancelling the game. Scott just hasn’t figured out how to inoculate against randomness.