Thiel: When is it time for a Seahawks biscuit? 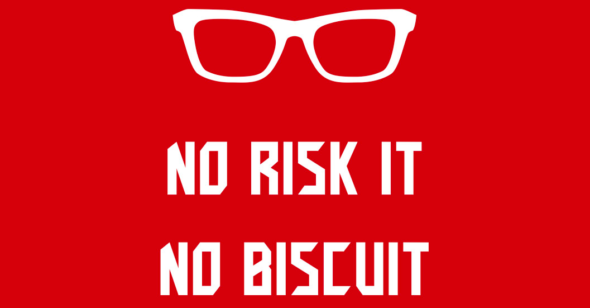 The phrase by Bucs coach Bruce Arians that may launch a thousand NFL deals.

One of the consequences of the pandemic for many is an abrupt re-jiggering of timelines, because the future is no longer what it was purported to be: Certain, and depending on age, long-term.

Threats are sudden, existential and many. My favorite retort to such thinking was rolled out years ago by Seattle author and former Post-Intelligencer writer and copy editor Tom Robbins in his masterpiece, Still Life With Woodpecker.

“It’s never too late,” he wrote, “to have a happy childhood.”

The wisdom came to mind when I read what Seahawks general manager John Schneider told Mike Silver of NFL.com in the aftermath of the Rams’ swap of Jared Goff to Detroit for Matt Stafford, which also cost LA two first-round picks and a third-rounder, in order to take on his massive contract.

The deal’s boldness was startling, because it meant that not only were the Rams committed to winninginthenextminute, the picks surrendered meant that as of right now, LA will not have used its own first-rounder to draft a player from 2016 until 2024.

A speculative case can be made that with nearly all franchise owners over 50, and some in their 70s, including 73-year-old Stan Kroenke — he owns the Rams and teams in five other pro sports leagues, as well as the $5 billion SoFi Stadium in Los Angeles — COVID-19 and related calamities have accelerated the urge to get stuff done now.

The economic assumptions underlying sports for the past century — a stable, competent federal government, increases in the number of international players and markets, a growing U.S. middle class that produces increases in attendance and TV revenues — are abruptly and drastically in play. The exit of Donald Trump from the White House was a hopeful sign, but we’re only at the beginning of understanding the long-term consequences of the damage.

As the structural changes pertain to the NFL, presuming Super Bowl LV comes off as planned Sunday, it appears to have pulled off a complete season in a pandemic. But the remarkable feat of health preservation took considerable effort, resources and sacrifice, and the wide distribution of vaccines remains a slow work in progress. Even Commissioner Roger Goodell lamented Thursday he doesn’t know what 2021 will look like.

So roster tumult at the top will have another year. Maybe more.

“I think we may see this every year now,” Schneider said of the greater urgency to win. “It’s more two-to-three-year windows than five-year windows. I think social media plays a role, too. There’s just a whole other element. Either someone’s a ‘great head coach,’ or ‘He sucks.’ It’s, ‘This guy’s an amazing quarterback,’ or ‘He’s terrible.’ There doesn’t seem to be much balance.

“There’s a lot less patience than there used to be, so I think we’ll see more people moving around.”

Even Aaron Rodgers, 37, who is destined to be anointed the 2020 MVP Saturday, threw in with his own unprompted speculation that he had “an uncertain future” after losing the NFC Championship.

The latest trigger event in the pending chaos was the successful move of Tom Brady from New England to Tampa Bay, a one-off that means more than an incredible 10th Super Bowl appearance for Brady in his 21-year career.

It means that teams see quarterbacks as more interchangeable than was customarily believed.  Sure, Brady is the GOAT, but at this stage of his career, he’s merely good. But he was good enough to get a team to the Super Bowl that hadn’t won a playoff game in 12 seasons and was 7-9 in 2019.

His transition also had to slog through the absence of in-person summer drills and training camp, then no preseason, and a 7-5 start to the regular season.

It’s one of the more preposterous single-season personnel feats in history. Credit for some of it goes to coach Bucs coach Bruce Arians, not so much for his Sunday gameworks but for his catchy slogan that has a become an NFL meme:

More than ever, now counts.

As for the Seahawks, an interview this week with Russell Wilson on a Super Bowl hype show on the NFL Network illustrated the league-wide increase in sense of urgency, particularly after his conversations with new offensive coordinator, Shane Waldron.

“Shane and I, we’ve been talking this offseason about just really being able to go after it and not be timid about it,” Wilson said. “Just really use all of our players in all different facets, all different ways, really causing havoc for the defense as much as possible.”

After the Seahawks offense’s second-half fade that culminated in the debacle of a first-round playoff loss to the Rams, Wilson sounds eager to help Pete Carroll nudge the head coach away from his risk-averse notions, and toward what Arians and Reid hope to showcase Sunday.

Carroll probably had a happy childhood. There’s no rule against a second one.